This Healthy Vanilla Cinnamon Latte is a delicious paleo drink that is perfect for fall! Made with only four simple ingredients, it’s easy to make + yummy! This post is sponsored by Vital Proteins.

Yesterday was the first day that I went outside and felt like fall actually really was on the horizon.

It was the type of morning where you need a sweatshirt on to be able to walk outside comfortably, and the kind of day where you just crave sitting on the couch under a blanket with something warm and cozy like this Healthy Vanilla Cinnamon Latte.

One of my favorite things about fall is the return of warm fall flavors like pumpkin, cinnamon, and vanilla.

Years ago I would’ve been the first person in like to get a Pumpkin Spice Latte at Starbucks, but after switching to eating healthier (and being more budget friendly) I’ve opted towards making my coffee at home in a much healthier way!

This Healthy Vanilla Cinnamon Latte is made with only four ingredients and has no sweetener added to it so you can enjoy while on your whole30 or if you’re paleo!

In order to make this Healthy Vanilla Cinnamon Latte you’ll need less than 5 minutes of time and the following ingredients:

espresso (I make mine with this nespresso machine which is hands down one of the best investments I’ve ever made! If you purchase more than 3 lattes in a month at a coffee shop, you should buy this. It will basically pay for itself!)

All you need to do is heat up your almond milk and blend it on high with the cinnamon and Vital Proteins Vanilla Collagen Creamer – which is the secret ingredient for giving it the perfect amount of vanilla flavor AND making it super frothy.

It’s seriously delicious! I like to add a scoop to my coffee in the morning to make it taste ‘fancy’ but I also love blending it into lattes like this Healthy Vanilla Cinnamon Latte!

It makes your coffee taste faintly of coconut and vanilla, and gives it just a little bit of added richness with 10g of protein! (They even have a gingerbread one if you’re looking for holiday flavor!)

I’m personally a huge fan of Vital Proteins and their products. You can read about why I use collagen in this post.

If you’re looking for a simple, homemade drink to cozy up with this fall – look no further. I’ll be sipping on this Healthy Vanilla Cinnamon Latte well into the winter (and likely beyond!) It’s a delicious morning drink to get the day started, or a yummy afternoon pick-me-up. I think you’ll love it! 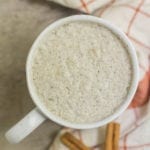 We believe that healthy food should taste delicious, which is why you'll find tons of simple, nutritious recipes that we love. END_OF_DOCUMENT_TOKEN_TO_BE_REPLACED 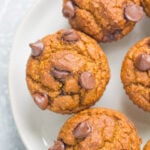 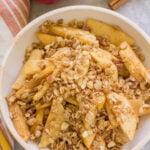 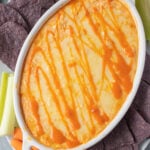 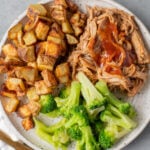 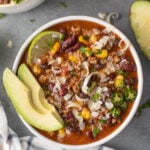 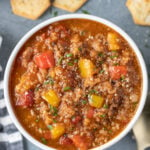 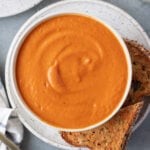 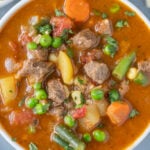